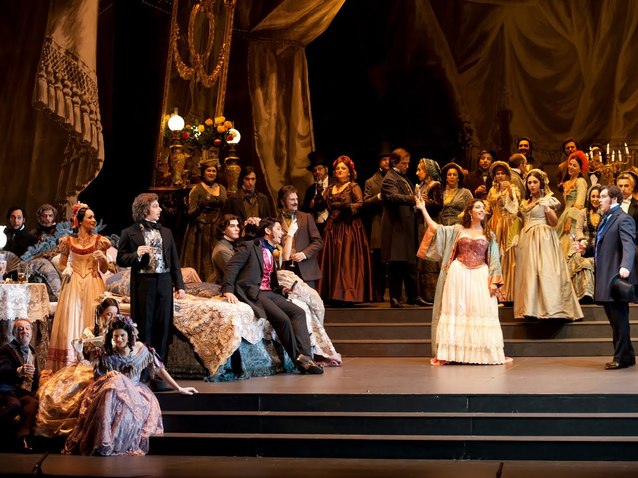 Ring in the New Year with live music and opera during the festive season of Nights of Lights in St. Augustine, Florida. First Coast Opera will present Verdi’s La Traviata, on stage at 7:30 p.m. Friday, December 31; and at 2 p.m. Sunday, January 2 in Lewis Auditorium at Flagler College, 14 Granada St., in downtown St. Augustine. Tickets are available at firstcoastopera.com

Featuring one of the most iconic, romantic and tragic scores of all time, Verdi’s masterpiece contrasts spectacular party scenes with tender, intimate moments. La Traviata tells the story of the tragic love between the courtesan Violetta and the romantic Alfredo Germont. Played out against the hypocrisy of upper-class fashionable society, Alfredo and Violetta’s love threatens to shame his family. When his father directly appeals to Violetta to relinquish her one chance of happiness, Violetta submits and her act of self-sacrifice leads to her paying the ultimate price.

This is a fully-staged opera with live orchestra. Tickets are $60 for the December 31 performance, which includes champagne during the two intermissions of this three-act performance. Tickets are $50 for the January 2 matinee. All student and children’s tickets are $10. Tickets are available at firstcoastopera.com or by calling 904-417-5555

March 30: PHOTOS of Duran Duran at the St. Augustine Amphitheatre

Duran Duran returned to theÂ at the St. Augustine Amphitheatre on March 30, 2016. The first time they performed in the venue was in 2011….