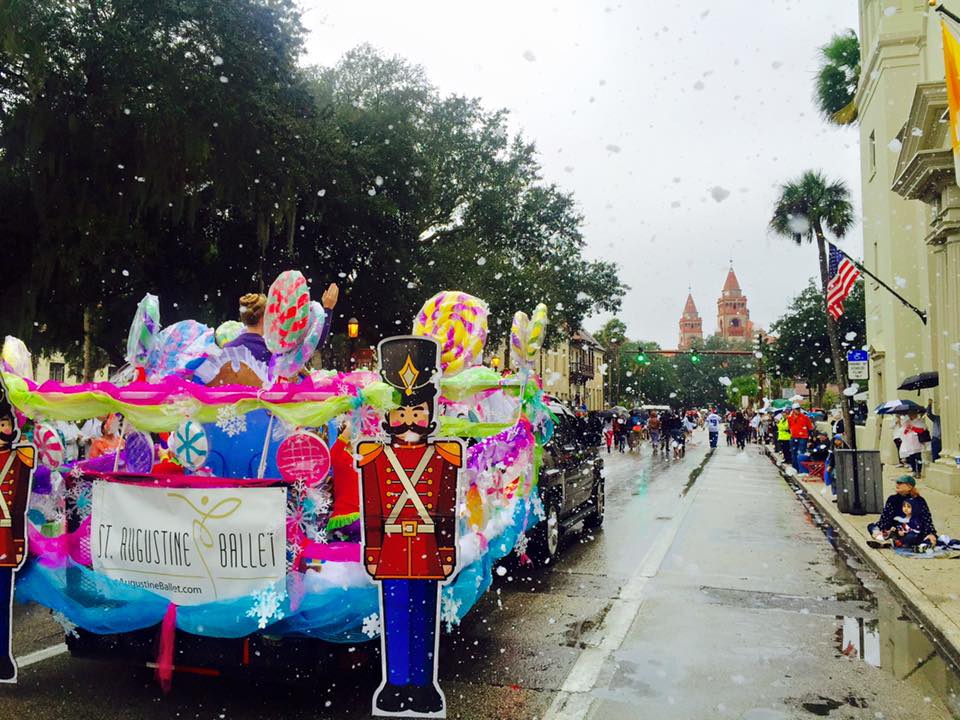 What could be less shocking than me writing about the St. Augustine Ballet Nutcracker for my last column of the year? If you guessed, â€œnot a darn thing,â€ then you win the grand prize. More about the grand prize later.

I have a love/hate relationship with the week leading up to ballet performance weekend. Many parents and ballet supporters have affectionately started to call it, â€œhell week.â€

There are four performances this year and ticket sales have been brisk. Shows are scheduledÂ Saturday, Dec. 19 and Sunday, Dec. 20. There will be a matinee atÂ 2 p.m.Â and a prime-time ballet atÂ 7:30 p.m.each day.

Tickets are available online untilÂ Dec. 17Â atÂ www.saintaugustineballet.com. After then, any remaining tickets can be purchased at the Lewis Auditorium box office one hour before each show. Lewis Auditorium is located in downtown St. Augustine, just west of the Lightner Museum.

Scores of young local dancers will balance end-of-term schoolwork with a rigorous rehearsal schedule during hell week. It will top off the nearly four months of rehearsals that began last August.

The principal guest dancers arrive during hell week and work with the youngsters to help bring together elements of the professionally produced ballet, now in its seventh year.
Adam Schiffer and Ashley Hathaway, both with the Carolina Ballet, will perform the roles of the Cavalier and Sugar Plum Fairy.

Several ballet parents volunteer to provide dinner for the hardworking dancers during hell week. Itâ€™s a potpourri of nourishment, some homemade and some purchased from one or more of our local eateries. Ballet is challenging and the dancers (including the participating tap dancers) work up quite an appetite.

For the fifth consecutive year my wife, Carol, will be operating the Nutcracker Boutique before and after all performances. She takes a one-week break following the conclusion of each yearâ€™s ballet before she starts shopping for the next yearâ€™s edition at vendors such as Mark Roberts, Burton and Burton and Kurt Adler. She even attended a wholesale trade show this past summer.
Carol makes it convenient for parents and friends wishing to buy bouquets for their dancers by providing flowers at the lobby boutique. This year she is working with a local florist, Jade Violet Wedding Floral, who is providing the bouquets at cost. All net proceeds from boutique sales go directly to support the St. Augustine Ballet.

I rode shotgun with Nutcracker Director Luis Abella who towed the St. Augustine Ballet float in this yearâ€™s Christmas parade. Those who braved the wet weather will recall not only was there rain to deal with, but it actually snowed as the float passed by.

Eyes brightened and smiles formed as onlookers noticed the snow flurries seeming to appear from nowhere. This magical snow will appear once again during the performances of the Nutcracker.

Which brings me to my annual promise made to all of you who support dance in our community by attending this annual tradition. Consider it the grand prize I talked about earlier. You will leave the auditorium with a smile on your face. I guarantee it.