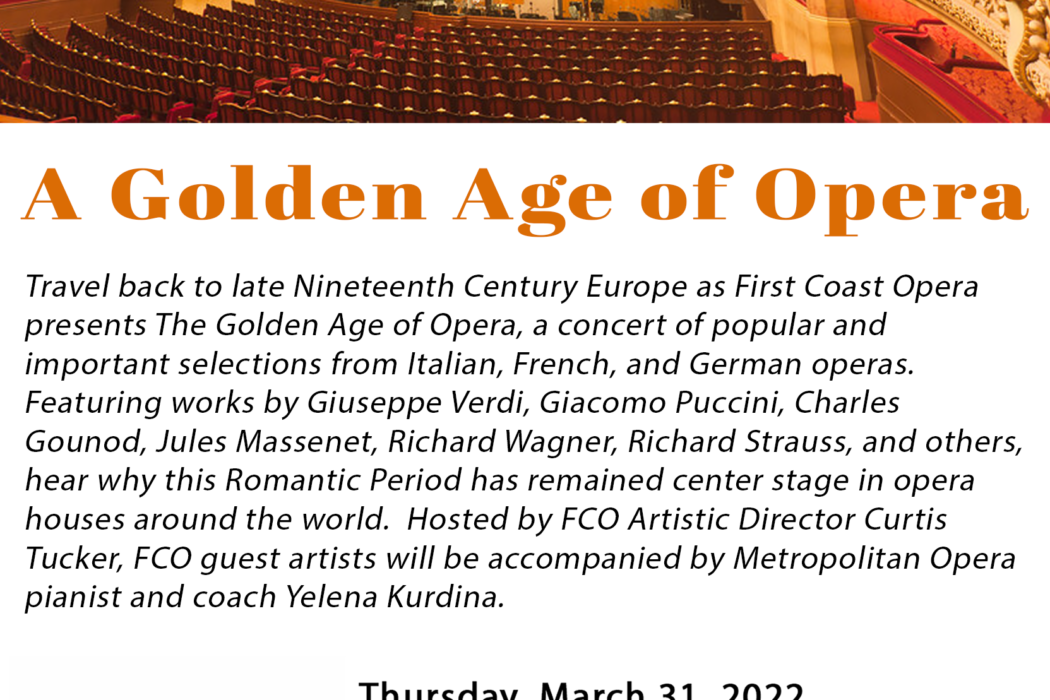 Travel back to late 19th century Europe as First Coast Opera presents The Golden Age of Opera, a concert of popular and important selections from Italian, French, and German operas at 7:30 p.m. Thursday, March 31 at the beautiful Lightner Museum in downtown St. Augustine.
The concert will feature works by Giuseppe Verdi, Giacomo Puccini, Charles Gounod, Jules Massenet, Richard Wagner, Richard Strauss, and others, hear why this Romantic Period has remained center stage in opera houses around the world.
Hosted by FCO Artistic Director Curtis Tucker, guest artists will be accompanied by Metropolitan Opera pianist and coach Yelena Kurdina.
IF YOU GO
TICKET DETAILS
$35 General Admission
$75 Enhanced Experience, which will include preferred seating and a reception following the performance and a reception with the performers, a glass of champagne and light noshes.
RSVP at firstcoastopera.com or call 904-417-5555 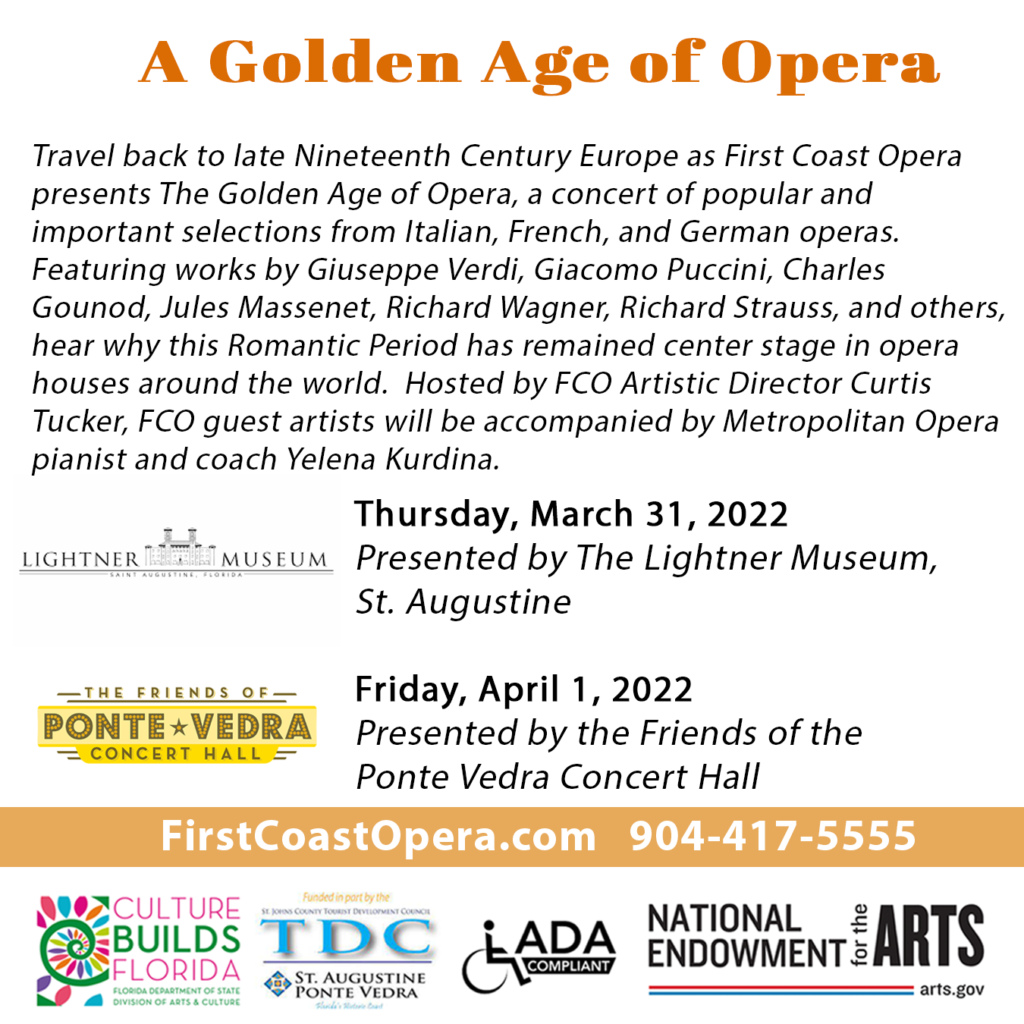 A Classic Theatre, in collaboration with the St. Augustine Art Association, is thrilled to be offering live theatre again, after a long hiatus.

The Independents is an original play by playwright Christopher Ward, and had an off-Broadway run before Covid shut theaters down.