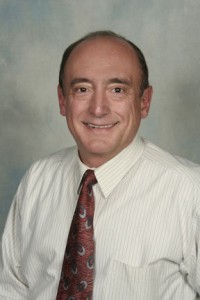 Ed Albanesi is a community columnist for Totally St. Augustine. Find out more about him below.

My pen has been its holster for nearly a year. Those who read the St. Augustine Record might remember the two months I served in 2013 as its opinion editor before being asked to leave to accommodate some staffing needs of the new publisher. It was a totally fabulous two months and I’m wished them well when I left.

And some of you who follow agriculture might recall the 13 years I spent as editor of FloridAgriculture magazine before I left that publication in 2012 to spend more time raising my young daughter. That, too, was a totally great run but I truly haven’t looked back.

All of which brings us to the present and the launch of this totally new website by my good friend, Renee Mathe Unsworth, who also served some time at the Record. Compass magazine became an entity unto itself during Renee’s tenure and it perplexes me how the newspaper could let her get away. Letting me get away, I can understand.

But letting Renee get away — what were they thinking? All of us now understand, however, their loss in this new venture’s gain. And, in my view, this new venture will prove to be totally marvelous.

In what may turn out to be her undoing, Renee has agreed to let me contribute a regular column for her totally new online project. I love to write so it gave me a totally good feeling to unsheathe my pen and see if it had retained any of its sharpness. Time will tell.

I told Renee I would try to produce columns that blended the styles of Andy Rooney, Johns Stossel and Brian Thompson (who at last check, has not been permitted by the Record to get away). I said I would try to inject some humor into my writing and sprinkle it with a dash of self-deprecation. I probably need to rethink the â€œself-deprecationâ€ part. Nonetheless, Renee thought we might have a fit.

You may or may not totally agree, but I am totally committed to producing a regular column for this website that will fit in with the other, more valuable, content provided.

I wanted to say the experience will prove to be totally awesome but I think we overuse that word. Letâ€™s make it totally stupefying.