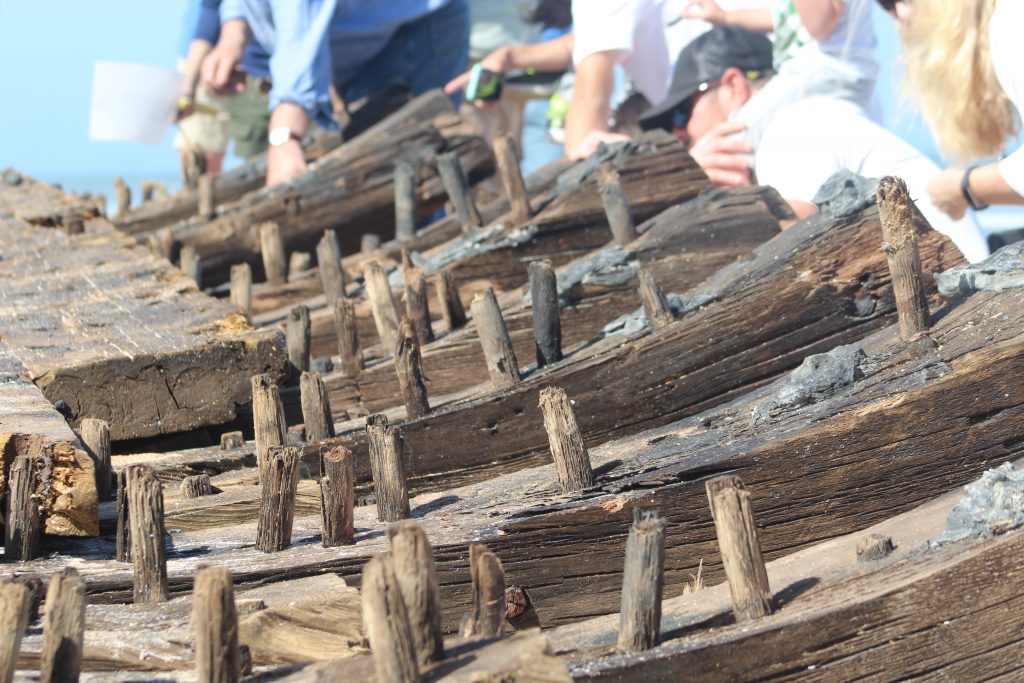 History washed ashore on March 28, 2018 in South Ponte Vedra Beach in St. Johns County, Florida — just miles away from the nation’s oldest city, St. Augustine, which was founded in 1565.

The ship hull is thought to date back to the early 1800s, and was built completely out of wood. The wooden pegs that held everything together are shown in the photo above.

In the photo below, onlookers join the staff of the St. Augustine Lighthouse Archaeological Maritime Program (LAMP) to take in this piece of history. 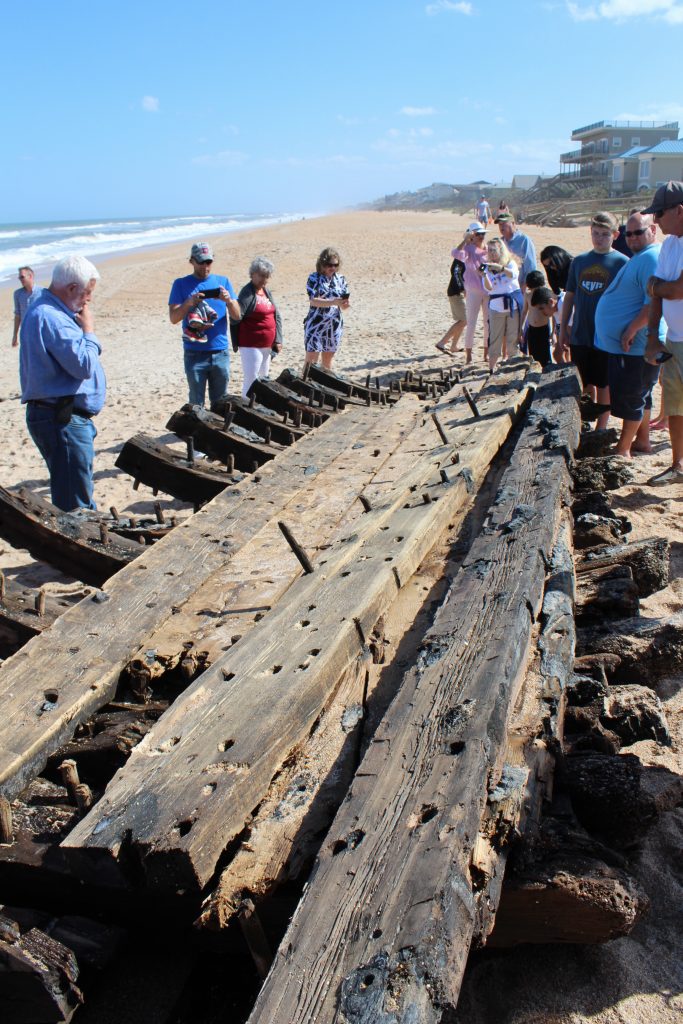 But perhaps the most remarkable find on the shipwreck is Roman numerals carved onto many of the wooden planks, indicating that these numbers helped the ship builders to put this massive boat together. Look closely at the two photos below to see the Roman numerals. 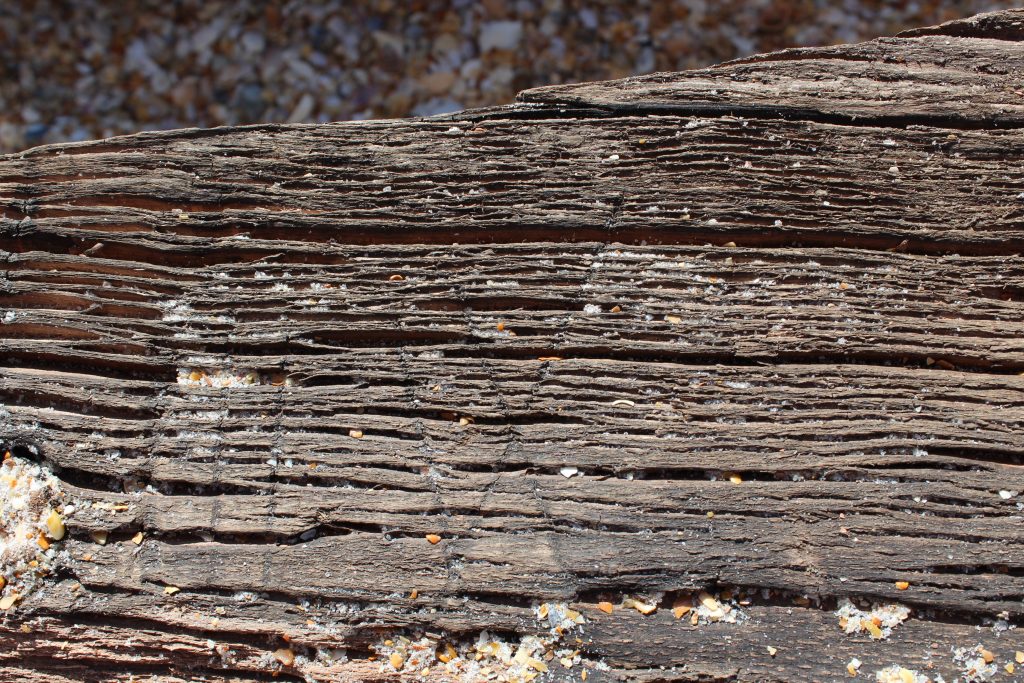 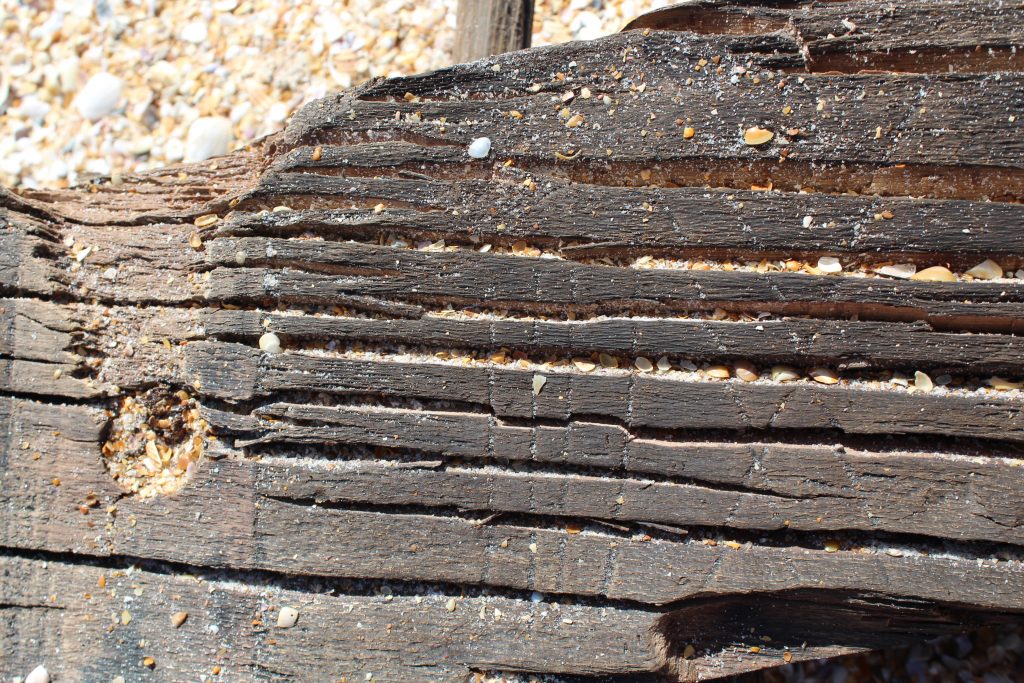 On Thursday, March 29 the Archaeological Maritime staff attempted to move the ship hull farther up the shore so that it would not go back into the sea. However, the heavy equipment was unable to get through the soft beach sand.

With permission from the State of Florida, Archaeological Maritime crew attempted to wrap a harness around the hull in order to keep it together.

In the meantime, the Maritime team will collect more data in hopes to learn more about this lost ship. 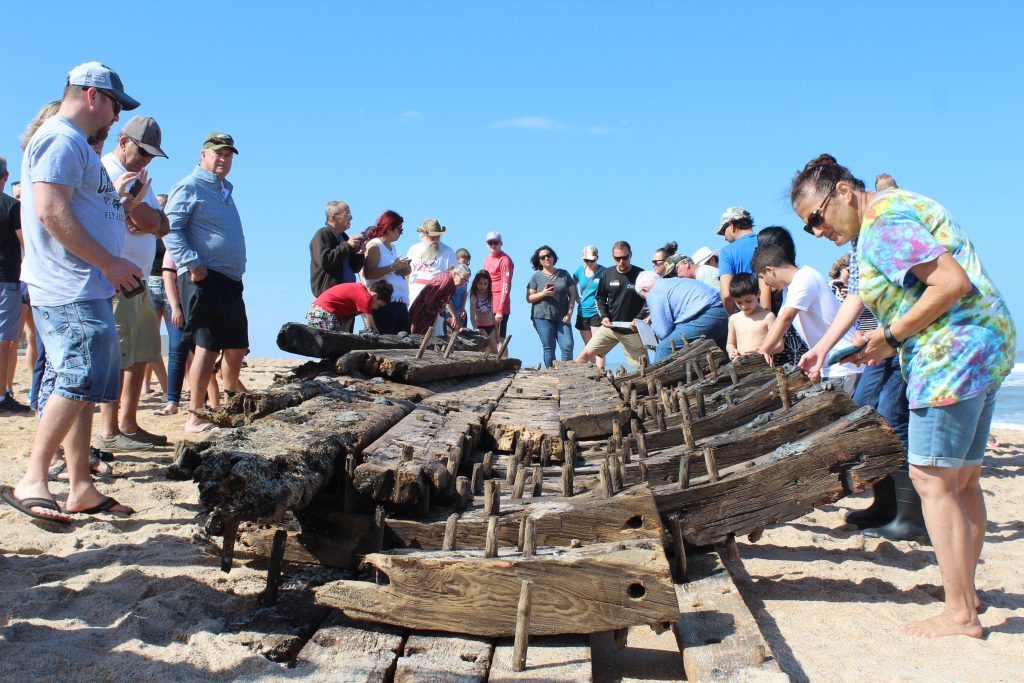 Made in St. Augustine gift ideas

By Renee Unsworth Shopping local for holiday gifts is simple in the oldest city, with made-in-St. Augustine items available in many locally owned shops,…