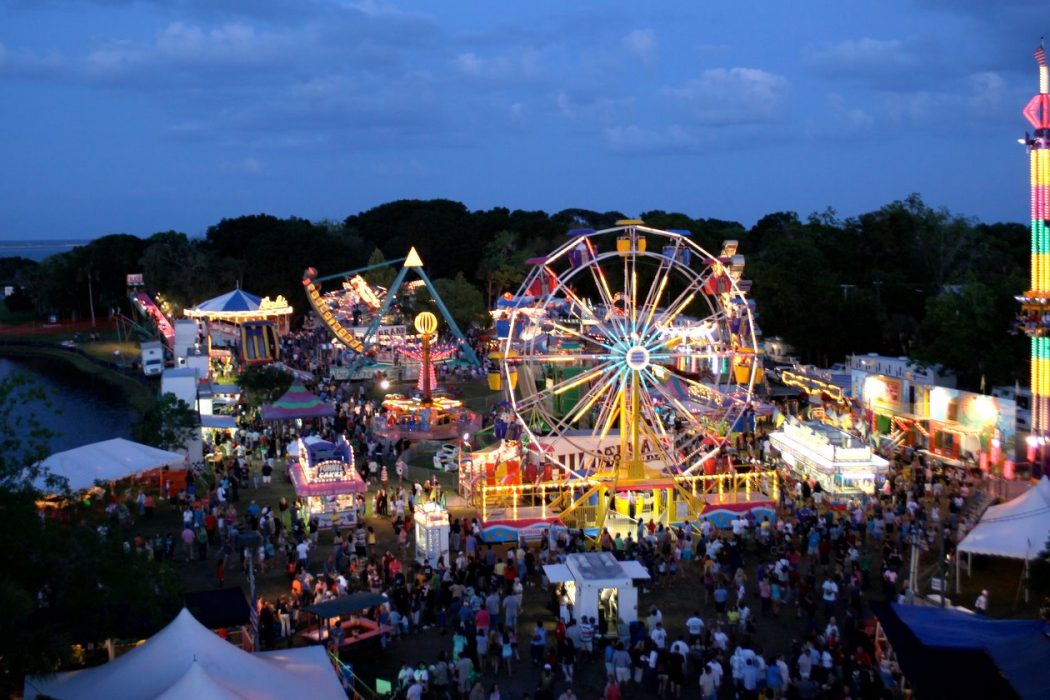 Jan. 17-20: The 9th Annual Saint Augustine Film Festival will run January 17-20, featuring more than 40 films created all over the world. The movies will be shown in downtown St. Augustine venues including Flagler College, Corazon Cinema & Cafe, and the St. Augustine Distillery. See the list of films and the schedule, and get tickets at www.staugfilmfest.com or follow on Facebook.

Jan. 25-27: Join the St. Augustine Swashbucklers as they host the Old City Pirate Fest  from Jan. 25-287 in the Colonial Quarter, 33 Saint George St., downtown St. Augustine. Stroll through the historic Colonial Quarter for a trip back through 16oo-1800 St. Augustine history.  Blacksmithing, Sword-fighting & Black Powder Weaponry Demonstrations, Musicians, Gypsies, Dancers, Magicians, Mermaids and other performers.  Shop the vendors, sample some rum, and the kids can dress up in the ‘Lil Pirates area. Stay updated on the Facebook page.

Feb. 9, Feb. 14 and Feb. 15-16: Hosted by Historic Florida Militia, Inc., the Festival de San Agustin commemorates the 500th birthday of Pedro Menendez de Aviles, founder of St. Augustine. The celebration will begin on Saturday, Feb. 9 at the Colonial Quarter, 33 Saint George Street, for the School of the Sixteenth Century. There you will be able to experience life as it was in Saint Augustine in 1565. Historically dressed reenactors will demonstrate both military and civilian activities. See and hear our Soldados (Spanish soldiers) shoot the Matchlock Arquebus, the predecessor of the musket. Participate in pike pushes and sword fighting. Blacksmithing, sixteenth century cooking, bead jewelry making and the textiles and clothing of the period will all be on display. On February 14, see a free film at the Colonial Oak Music Park, and on Feb. 15-16, the celebration continues. SEE DETAILS ON OTHER EVENTS BELOW and follow on Facebook for updates.

Feb. 14: Part of the Festival de San Augustin, the PBS Documentary “The Secrets of Spanish Florida” will be shown on the big screen at the Colonial Oak Music Park at the Colonial Quarter, 33 Saint George St., downtown St. Augustine. This critically acclaimed documentary, featuring many of the reenactors in town, tells the story of how America really began. 42 years before Jamestown and 55 years before the Pilgrims landed on Plymouth Rock there was Saint Augustine. his show is FREE and open to the public. Beverages and food will be available for purchase.

Feb. 15: Members of the Historic Florida Militia will participate in the City’s official Wreath Laying Ceremony at the Statue of Pedro Menendez in front of the Lightner Museum. This event is FREE and open to the public. The exact time of this event will be announced later. In the evening of February 15, there will be a History on the Streets Saunter. Living history reenactors will all be dressed in sixteenth century attire. The event will start at 5:30 p.m. from the area of the Colonial Quarter and participants will saunter along Saint George Street and throughout the historic district. FREE and open to the public.

Feb. 16: The Spanish tradition of Paseo is a lively and colorful spectacle that includes drums, flags, large papier-mâché heads and historically clad participants. This event will start at 2:30 p.m. February 16 from the Visitors Information Center and will make its way down Saint George Street to the Governor’s House Museum. This event is also FREE and open to the public. The week long celebration culminates with a party celebrating our founder’s 500th birthday with the Noche de Festival, starting at 6:30 p.m. February 16 — a spectacle of sights, and sounds and even tastes of the City’s Spanish heritage dating back to 1565. This party, being held in the beautiful new Pavilion at the Fountain of Youth Archaeological Park, will feature Spanish Tapas and Sangria, traditional Spanish Music and entertainment, and a dinner of Spanish Paella cooked in big pans right in front of the guests. The evening will end with dance music for everyone to party the night away. Guests are encouraged to wear their finest Renaissance clothing or their finest cocktail attire. Cost is $50 per person. Party like it’s 1565. Get tickets here.

Feb. 22-24: Fireworks, live music, midway rides and more will be offered Feb. 22-24 during the 33rd Annual Cathedral Festival, held on the grounds of the Mission of Nombre de Dios, off San Marco Avenue in uptown St. Augustine.  The fundraiser is one of the area’s largest festivals featuring rides, games, bingo, a silent auction and a fireworks spectacular show. Proceeds go to the private Cathedral Parish School and the Cathedral Parish Early Education Center. A fireworks show will light up the sky at 9 p.m. Saturday, Feb. 23 over the water near the grounds. A silent auction will begin at noon Feb. 24, featuring vacation packages, gift baskets, gift certificates, sports memorabilia, art, jewelry and other items from area businesses and the community. Hours are 5 to 10:30 p.m. Friday, Feb. 22; noon to 10:30 p.m. Saturday, Feb. 23; and noon to 9 p.m. Feb. 24. Admission is $5 for adults; $3 for children 11-17 and adults 65 and older; with free admission for active duty military and children 10 and younger. Go to thecathedralfestival.com or stay updated on Facebook.

Chocolate and Beyond, an exciting celebration of chocolate, desserts and other culinary sensations, will take place from 2-4 p.m. Saturday, March 2 at First Coast Technical College, 2980 Collins Avenue in St. Augustine. Guests will sample chocolate and other delicious creations from some of the area’s finest restaurants and specialty shops. Great items such as hotel and restaurant gift certificates, sports memorabilia and admission tickets for local, fun attractions will be available for bid at a silent auction.  This year marks the 26th anniversary of Chocolate and Beyond! The event is produced by TASK (Teacher’s Aid for Student Knowledge), and benefits the Retired and Senior Volunteer Program (RSVP) of St. Johns County. Proceeds allow RSVP to recruit, professionally train, place and recognize its nearly 150 volunteers throughout all 40 schools in St. Johns County.
Tickets are $20 per person ($10 for children under 12) and can be purchased at rsvpstjohns.com or at Whetstone Chocolates at 139 King Street and 13 Anastasia Boulevard in St. Augustine, Florida. Tickets will also be available at the door.

March 2: Lighthouse Night Fest will grant FREE admission to the St. Augustine Lighthouse & Maritime Museum on Saturday, March 2 from 4 to 8 p.m., with exhibits, activities, and the Lighthouse tower open for the public. The annual Lighthouse 5k & Fun Run will take place at 4:30 p.m. (see details below). Go to staugustinelighthouse.org or stay updated on Facebook.

March 9: A celebration of the Emerald Isle’s most revered saint. Northeast Florida’s ONLY St. Patrick’s Day Parade begins at 10 a.m. Saturday, March 9 at Francis Field, 29 W. Castillo Drive, downtown St. Augustine. The parade travels down Orange Street to Avenida Menendez (the bayfront), then to Cathedral Place, next on Cordova Street, then back to Orange Street. Spectators are encouraged to arrive early to claim a spot along the parade route, then follow the parade to the Celtic Festival at Francis Field. See details at CelticStAugustine.com

March 22-24: The 38th annual St. Augustine Lions Seafood Festival is set for March 22-24 at Francis Field, 29 W. Castillo Drive, downtown St. Augustine. Children 12 and younger are admitted FREE with a paying adult (only $5 for adults at the gate). The Seafood Festival features dozens of seafood vendors and other fair foods, adult beverages, more than 100 arts & crafts vendors, live music on the main stage, and kids rides and games. Festival hours are 3 to 9 p.m. Friday, March 22; 10 a.m. to 9 p.m. Saturday, March 23; and 11 a.m. to 5 p.m. Sunday, March 24. The Arts & Crafts Village closes at sundown each day. Go to www.lionsfestival.com for more details. E

St. Augustine, FL — The Ximenez-Fatio House Museum and the National Society of Colonial Dames of America in the State of Florida, along with grant…