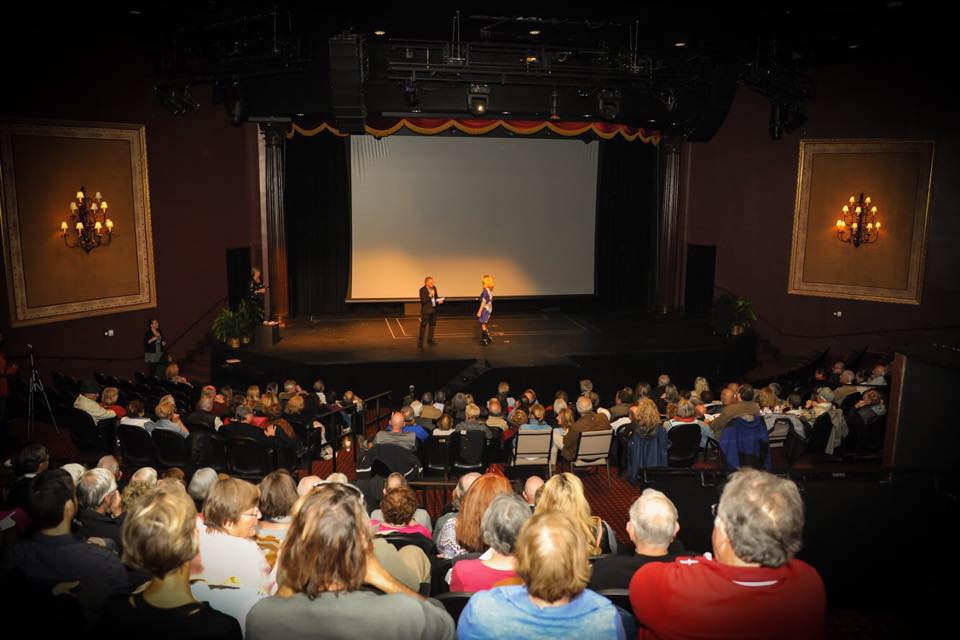 Humor and optimism a common theme in 2019 films

They say that “laughter is the best medicine.” The 9th annual Saint Augustine Film Festival plans to give a large dose of humor in the New Year as filmgoers see entertaining comedies with different cultural perspectives from countries including France, Denmark, Spain, Italy, Germany, Hungary, Greenland and the US.

“The New Year is always about hope for the future, and gentle comedies are a lovely way to showcase optimism,” said Gregory von Hausch, the CEO of the Saint Augustine Film Festival.

“We also have some great documentaries that are about optimism too, from women breaking through the ceiling of professional poker, and the confidence to win a fiddle competition, to exposing illegal practices to save sharks from extinction, and a race car driver who learned that revealing he was gay led to saving a young life.”

The Opening Night Film at Lewis Auditorium on Friday, January 18 is The Return of the Hero, featuring Jean Dujardin, who won the Academy Award for Best Actor in 2012 for the film, The Artist.

The Centerpiece film on Saturday evening, January 19 will be Fiddlin’ – a rousing documentary about World’s Oldest Fiddler’s Convention in the Appalachian Mountains. Writer and Producer Vicki Vlasic will attend along with a musician/dancer in the film, Martha Spencer.

The Closing Night film is the Canadian documentary Sharkwater Extinction, about the illegal shark fin industry that is leading to the extinction of sharks. The filmmaker Rob Stewart died in a scuba diving accident while shooting the film in Florida last year.

SEE THE TRAILER OF A TREE. A ROCK. A CLOUD HERE﻿

There will be more than a dozen filmmakers, actors or people that are the focus of documentaries at the Festival this year including actor and director Karen Allen, who will be showing her directorial debut of A Tree. A Rock. A Cloud., based on the novel by famed American writer Carson McCullers.

Local celebrities in attendance will include Professor Tracy Halcomb of Flagler College, for her documentary Cracking Aces, about women breaking the ceiling of male-dominated professional poker; internationally-acclaimed sculptor Frosty Myers in a documentary about his life; and Hurley Haywood who is considered the greatest sports car endurance racer in history. The Festival will screen the documentary about his life and decision to publicly come out as gay this year.

The piazza outside Lewis Auditorium will have several of Hurley’s race cars there on Saturday, January 19. He will do a Q&A after the film; and will host a privately ticketed event before and after the screening to raise funds for two local United Way charities: Port in the Storm and EPIC.

“We have a tremendous lineup this year with more filmmakers than ever, a strong selection of films from independent US filmmakers, many of whom will attend, and movies from countries like Greenland and Cyprus that would never be seen outside a Festival environment,” said von Hausch.

“If you love films, this is a great opportunity and fun way to spend a weekend,” he added.

Festival Passes, perks and information about the Festival is available at StAugFilmFest.com or read daily updates on Facebook at facebook.com/staugfilmfest

There are approximately 1,000 seats available across the four screening locations including all three theaters at the Corazon Cinema and Café; Lewis Auditorium, Gamache-Koger Theater inside the Ringhaver Student Center at Flagler College and the St Augustine Distillery for one special screening.

Tickets can be purchased for $10 prior to the screening of any movie, subject to availability. The order of entry is Passholders at 20 minutes prior to screening; advanced ticket purchase holders 15 minutes before a film, and then all remaining seats are sold to the general public.

The Saint Augustine Film Festival runs Thursday, January 17 through Sunday, January 20. Thursday is a special preview day for All Access and All Films Passholders only.

FILMMAKERS WHO WILL ATTEND