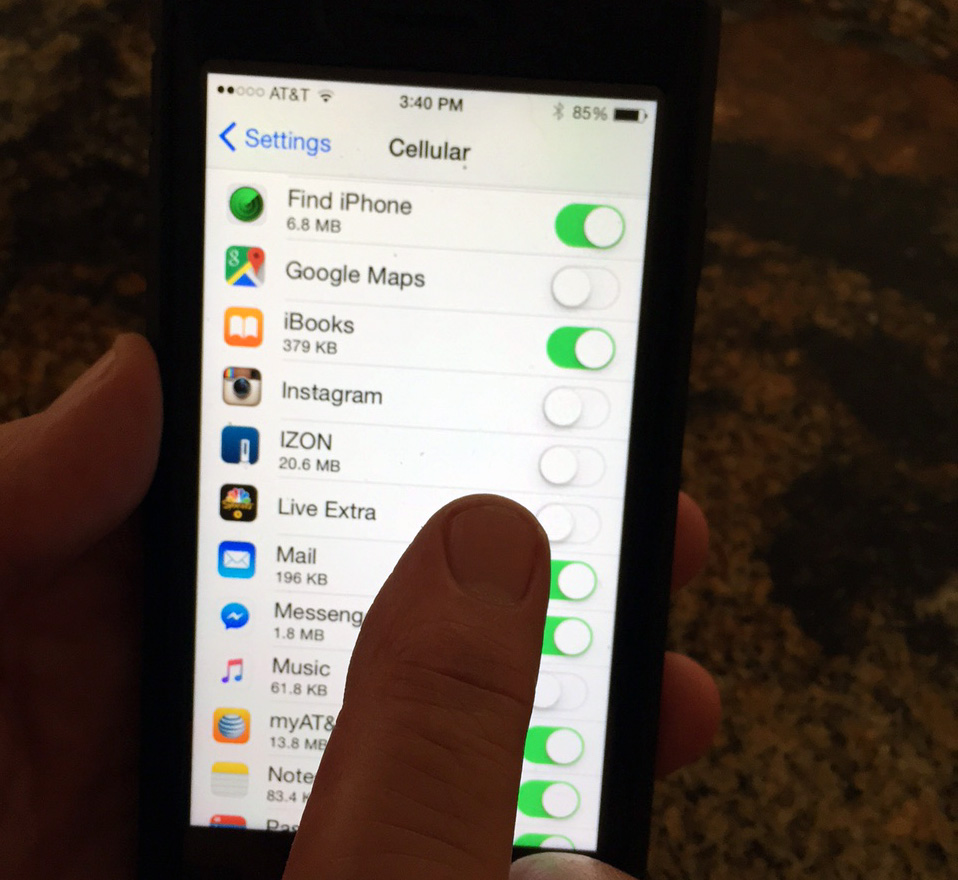 We recently added a third cell phone to our family, which my daughter earned when her final report card was received. Between the carrot and the stick we have found that the carrot approach usually works better.

With the phone came a whole new set of challenges meaning I had to once again learn some things about the cyber world about which I has thus far remained blissfully ignorant. As a public service Iâ€™ll share some of these with readers.

Our family has a limited cellular data plan, which heretofore had given us access to all the data needed on a monthly basis. Never had a month gone by when we didnâ€™t roll over some of the data in our 3 gigabyte plan. More about rollover in a minute.

Like most burgeoning teenagers, our daughter is quite fond of watching music videos on YouTube. One of the problems with the YouTube app on her phone is that it continues to play videos even after you move to another app.
When sheâ€™s connected to wifi this isnâ€™t a problem, since cellular data is not being used. Usually that is.

After speaking with one of the few customer-oriented reps I could find at my cell phone company (you can guess which one it is), I learned that even a momentary loss of wifi might cause your phone to switch to (and remain on) data usage.

Brief blackouts are not uncommon in Florida and my cable/internet company (you can guess which one it is) ordinarily doesnâ€™t need a blackout to effect a brief (or prolonged) loss of service.

Because Iâ€™m a cautious kind of guy, I began to regularly check data usage on the family cellular account by opening the provider app on my phone. In the two days following my daughterâ€™s addition to our plan, my wife used 0.02 gigs of data, I used 0.01 gigs and my daughter gobbled up 0.7 gigs. At this rate, weâ€™d be over our monthly data limit in less than a week.

I frantically called my cellular provider to figure out what happened since the data usage was recorded overnight when my daughterâ€™s phone wasnâ€™t being used (really) and also was connected to wifi.

It was then I learned that momentary wifi disconnects could put you back on cellular usage. Additionally I was told not having the phone plugged in and charging could also be an issue.

My discussion with the agent helped me to recollect the settings on cell phones you can modify that will help avoid some of these unpleasant data usage surprises. This information is worth the price of your time for reading this column.

I would recommend you check the data usage for all the apps on your phones and make the default setting â€œoffâ€ for big users that arenâ€™t used on a regular, daily basis. App data usage doesnâ€™t need to be on when youâ€™re connected to wifi and when youâ€™re out and about itâ€™s a simple process to turn it on when needed and off when youâ€™re done.

Imagine you give your child a $5 allowance each week. If she only spends $3, then $2 rolls over to the following week and she has $7 to spend. If she spends $5 during that second week, she has reached her limit and nothing rolls over to the third week. At least thatâ€™s the way cellular data usage works. Sound fair?

Speaking of my cable company, Iâ€™m working a deal with them right now. Perhaps Iâ€™ll let you know how I make out in a future column. Knowledge is power and sometimes even my knowledge qualifies.

Dec. 7: The Lion King Jr. on stage at The Amp by 100+ SJCCA Murray Middle students