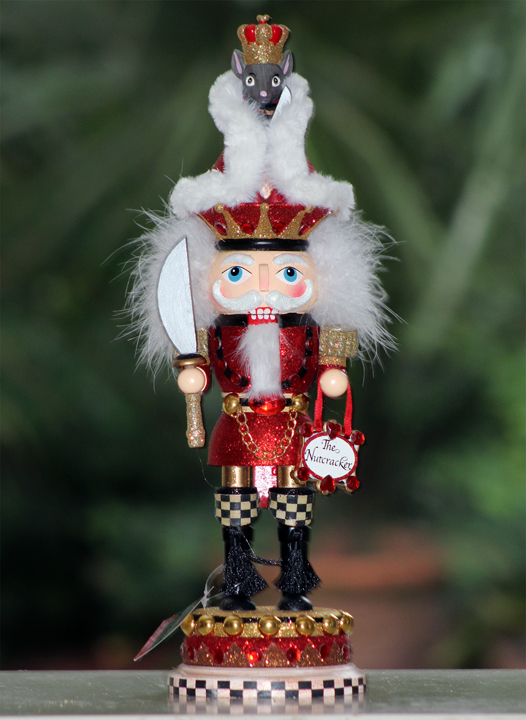 When you become an elder, as my just-turned 16-year-old daughter likes to call me, 10 years is really just a blink of an eye.
Despite this, it is somewhat hard for me to believe that it’s been a decade since the inaugural St. Augustine Ballet Nutcracker took to the stage at Flagler College’s Lewis Auditorium.

Barack Obama was finishing up his first year as president. Tim Tebow and the Florida Gators were reigning collegiate college football champions. And my aforementioned daughter was developing her sassiness as she meandered her way through 1st grade.

The 10th Annual St. Augustine Ballet Nutcracker will return to Lewis Auditorium with four performances on Dec. 22-23, 2018 (1:30 and 7 p.m.). Six dancers who appeared in that inaugural Nutcracker will be returning to the stage for the 10th consecutive year. They include Joe and Jane Boles (party parents), Tommy Bledsoe (Clara’s father), and Luis Abella (ballet director, party parent and mouse king).

And two girls (now college-aged young ladies) who began dancing in these productions while in grade school, Kiera Pheffer and Kali Lee, will keep their streak alive at 10. Pretty amazing.

For only the second time in 10 years, a student will be dancing the role of the Sugar Plum Fairy. Rosa Bledsoe danced the role in 2011 and Grace Karger, who attends Abella’s School of Dance and is home schooled, will be demonstrating her considerable skills in that role this year.

Jolynne Waldner, a freshman at Flagler Palm Coast High School, will dance in the role of Clara. Jake Karger, a student at St. Augustine Public Montessori School, will dance in the Nutcracker/Prince role.
Julio Conception is a guest artist who will perform as the Cavalier. Born and raised in Matanzas, Cuba, he joined the National Ballet of Cuba in 2008. He danced with the Cincinnati Ballet in 2013. He joined the Oklahoma City Ballet in 2015 and performed in Sleeping Beauty, A Midsummer Night’s Dream and Giselle. He was a guest artist in The Great Gatsby with Ballet Palm Beach.

While my daughter dances in her eighth consecutive St. Augustine Ballet Nutcracker, my wife, Carol, will keep pace by operating the Nutcracker Boutique before, during and after all performances of this year’s Ballet.
She will be selling flowers and the newest Nutcracker ornaments and figures. All net proceeds from her sales go directly to support the St. Augustine Ballet.

Carol will be partnering with Swillerbees to provide coffee, donuts and other treats for Ballet guests. A generous portion of proceeds from these sales also supports the Ballet.

If you have seen this local performance of the Nutcracker before, you likely have many reasons to want to see it once again. But if you really need a reason, Ballet Director Luis Abella has one for you.

“This year we have the most high quality dancers we have ever had,” said Abella “And the clarity in which we tell the story will be the best it has ever been.”

Still not sold? Check out this complete cast:

The Nutcracker Choir from Timberlin Creek Elementary School will perform prior to the start of each performance.
Tickets are available online at https://www.saintaugustineballet.com/tickets. Tickets will also be available in the Lewis Auditorium lobby beginning one hour before each performance.

Local talent has blossomed in 20 years of Curtis Camp

Three musicals and three one-act comedies were on stage this summer, featuring local students from ages 5 to 18. This was the 20th season…