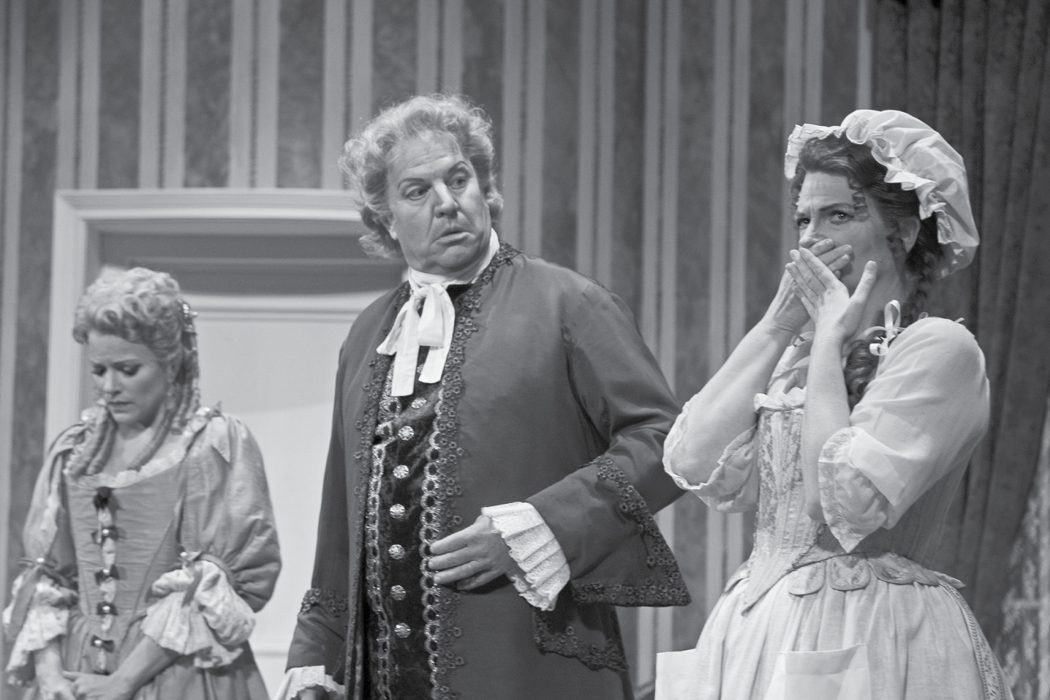 First Coast Opera will perform The Marriage of Figaro on January 5 and 6, 2019, at Lewis Auditorium at Flagler College in downtown Saint Augustine.

The fully-professional production will feature visiting guest artists along with local singers, accompanied by an orchestra provided by Jackonsville’s Music by Pegge and conducted by FCO Artistic Director Curtis Tucker.

The opera, by W.A. Mozart, is one of the most popular operas of all time, performed in many locations around the world each year. Set it 18th Century Spain, it pits the Count Almaviva against his barber and valet, Figaro, as they both vie for the amorous attention of the Countess’s maid, Susanna. Deception and mistaken identities drive the story, as a variety of colorful characters add to the comedy. All ends well as Mozart’s timeless music, both beautiful and invigorating, will leave you humming.

The cast features bass-baritone Ryan Kuster, as the well-known barber and valet Figaro; Christina Rivera as his bride Susanna; Brandon Hendrickson and Lisa Lockhart as the Count and Countess Almaviva, Emily Heumann as the young page boy Cherubino. Completing the principal cast are Dina Barone, Anthony Offerle, Thomas Rowell, Daniel Altman, and Isabelle Scott. Nelson Sheeley, who directed past FCO productions of La Vie Parisienne and Trial by Jury, will stage the opera.

“This is not just my favorite opera,” he says, “this is the opera I would take to a deserted island to hear again and again. If you don’t know opera, this is a great place to start. If you know opera, you already know this. Either way, I hope you will join us.”