St. Augustine, FL — The Ximenez-Fatio House Museum opens a new exhibit celebrating Black History called “I Lived Here, As Well,” highlighting people who may have spent their entire lives in this 1800s boarding house, yet never used the front door.

“I Lived Here, As Well,” an exhibit and tour, opened February 13 and continues every Friday and Saturday at 10 a.m. from April 23-June 19. The exhibit includes a timeline from 1806 through 1934 of historical photos showing African Americans at the Ximenez-Fatio House; in St. Augustine, Florida; and throughout the United States.

“We created the timeline and the complete exhibit,” said Archivist/Curator Taryn Rodriquez-Boette, who was assisted by Flagler College intern Lily Hayward, and staff Cheyenne Koth. “The timeline covers from 1806 until 1934 when Mary Ann Murray, a former St. Augustine enslaved person, tells the story of the Emancipation Proclamation in St. Augustine.” 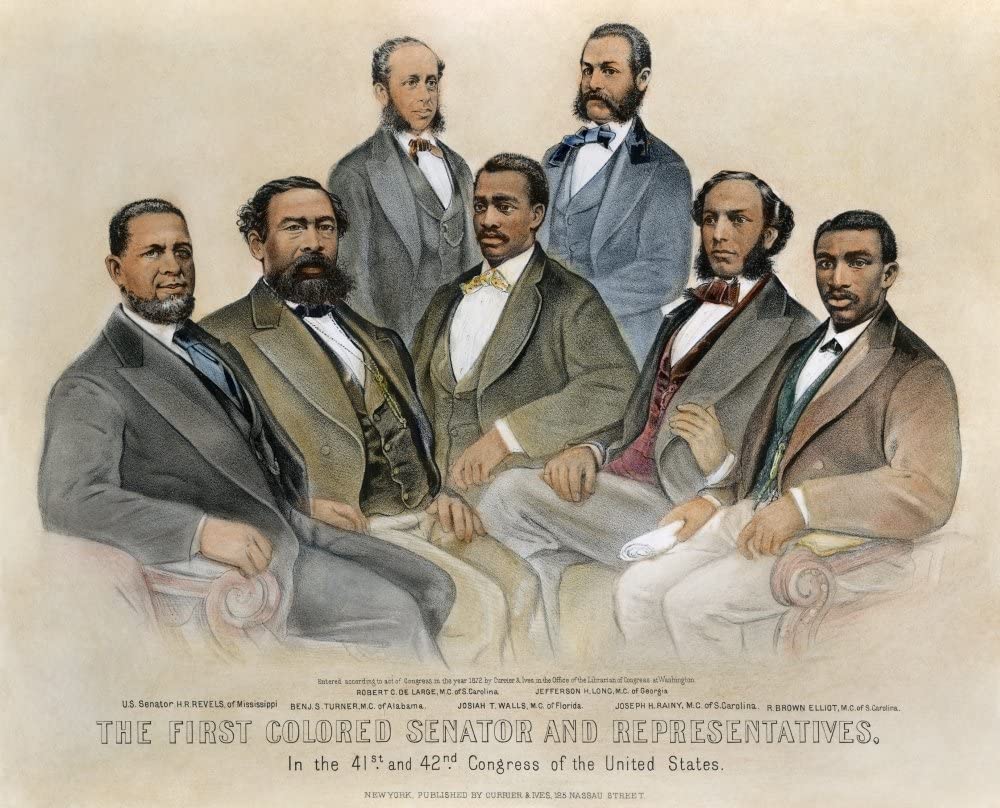 In the exhibit timeline at the Ximenez-Fatio House Museum: First Colored Senator and Representatives in the 41st and 42nd Congress of the United States.” (Left to right) Senator Hiram Revels of Mississippi, Representatives Benjamin Turner of Alabama, Robert DeLarge of South Carolina, Josiah Walls of Florida, Jefferson Long of Georgia, Joseph Rainey and Robert B. Elliot of South Carolina. Source: www.archives.gov

The tour features well-known actor James Bullock as he depicts people who once lived and worked at the house, from 1805 to 1889. Guests will be introduced to several people whose lives range from those who are free, to those enslaved without hope, to those enslaved but hopeful, to those once enslaved who are now free. This is not simply an historic home tour; it is a journey that walks participants through nearly 100 years of African American history in 19th-century St. Augustine. 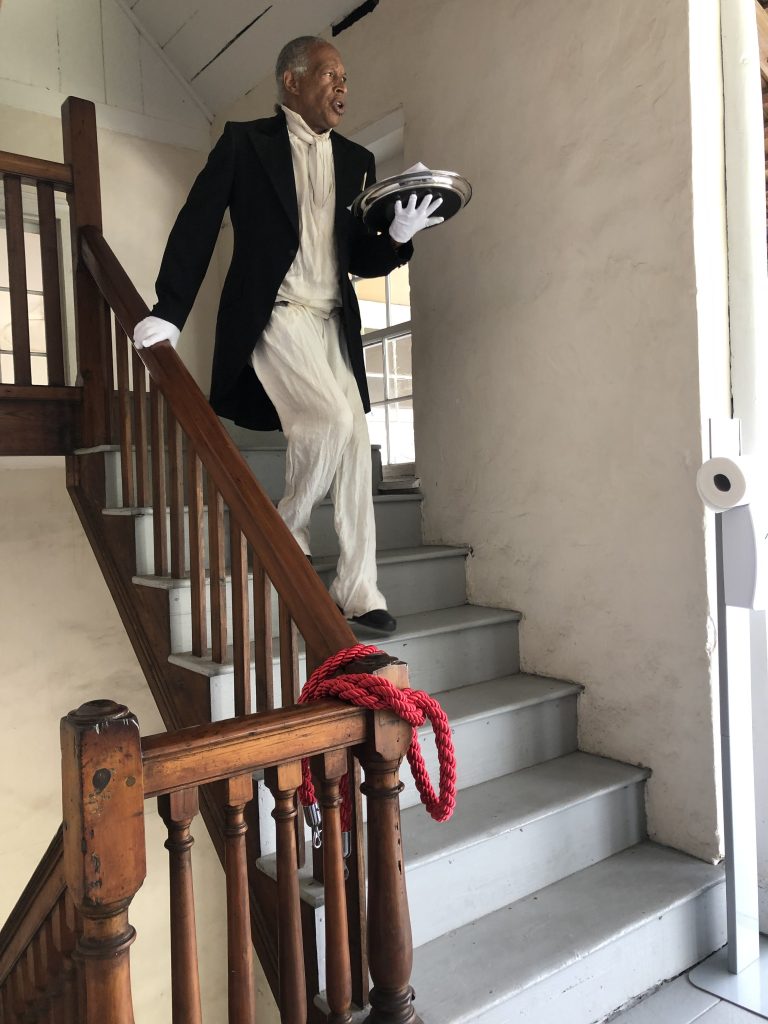 Actor James Bullock depicts people who once lived and worked at the Ximenez-Fatio House Museum, from 1805 to 1889, on a tour and part of an exhibit called “I Lived Here, As Well.” Guests will be introduced to several people whose lives range from those who are free, to those enslaved without hope, to those enslaved but hopeful, to those once enslaved who are now free. Tours with Bullock will be held at 10 a.m. Fridays and Saturdays.

In addition to curating the exhibit, Rodriguez-Boette also was highly involved in the collaboration of the script with James Bullock, along with input by Executive Director Roger Smith.

“We all know how the owners’ of grand historic homes lived in the 18th and 19th century — we ooh and aah every time we take a tour. This tour, however, is about the entire history of the home; the whole story, which includes everyone who made all of this luxury and comfort possible, as they lived there, as well,” said Roger Smith, Executive Director of the Ximenez-Fatio House Museum.

The exhibit is housed on the third floor of the historic home, where the slaves or servants would have lived. In addition to the historical timeline, the third floor exhibit includes storage for luggage that would have been used by guests of the house, along with examples of the meager accommodations for those who worked and lived on site.

The third floor exhibit can be viewed during regular guided tour hours, 10 a.m. to 5 p.m. Monday-Saturday. Special tours of “I Lived Here, As Well” with James Bullock will be held at 10  every Friday and Saturday from April 23 through June 19. James will only do one tour each day, so advance reservations are recommended. Book online at ximenezfatiohouse.org or call 904-829-3575.

I Lived Here, As Well