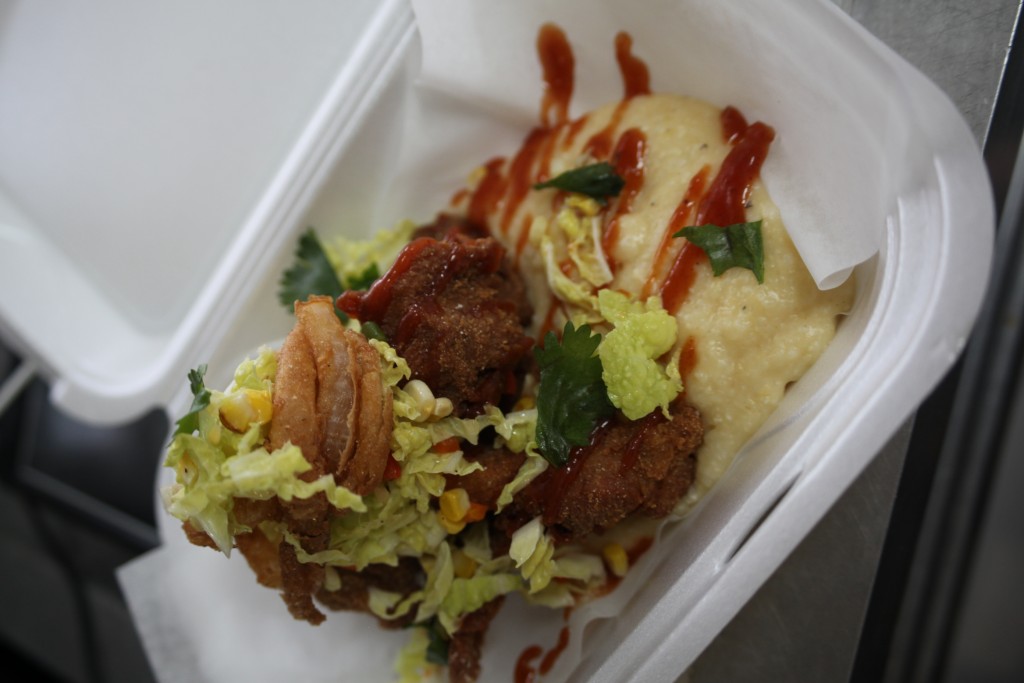 Fresh. Local. Innovative. Those are the three words Chef Vinny D’Amato uses to describe the food he serves out of his new food truck in St. Augustine. 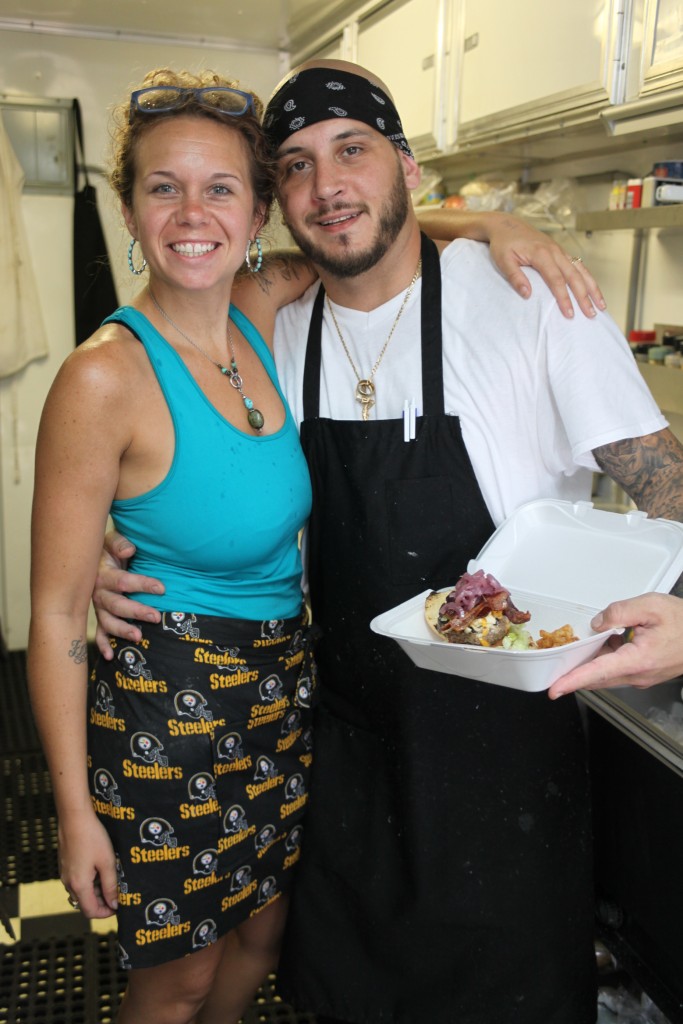 He and his wife Christina opened Uptown Scratch Kitchen in late June. It’s located in the DOS Coffee and Wine parking lot, 300  San Marco Avenue, in the North City area of St. Augustine.

On the day I visited, Christina made her signature fruit smoothies, with watermelon, mango, and basil. The fresh combination was magic! She offers smoothies daily, creating concoctions from fruit that is in season. Infused waters will be added to the menu soon.

Chef Vinny created two entrees for sampling — fried chicken and grits with his signature scratch-made sauce, and a bacon cheddar burger slider with onion confit, using grass-fed beef. We also sampled his hand-cut fries with another of his scratch-made sauces, the spicy ketchup. DELISH!

Gluten-free, vegetarian, and vegan meals also can be requested, and Chef Vinny will create a one-of-a-kind dish.

“It’s fun to create and cook for people,” Vinny says.

The menu will change every couple of months, allowing for Chef Vinny to select locally grown food from farmers in Hastings and around the area.

“I want to use local purveyors as much as possible,” Vinny says. “I’m also going to use fresh baked breads from the French bakery across the street.” 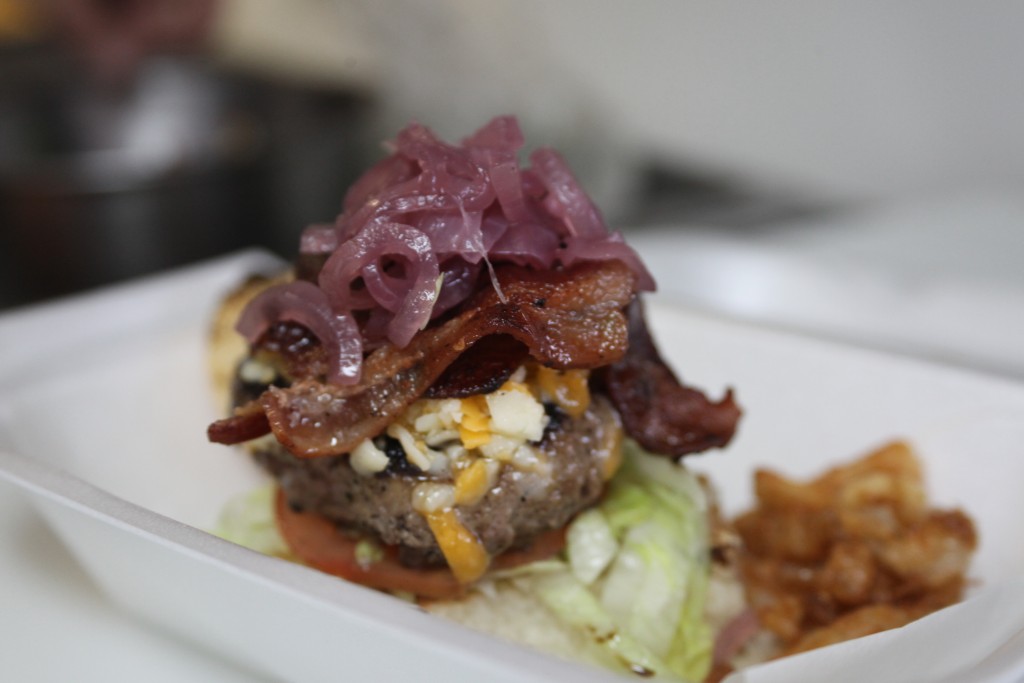 Before St. Augustine, Vinny grew up in Pittsburgh and earned a degree from the Pennsylvania Culinary Institute.

He was part of a big Italian family, where food (homemade pasta) was the centerpiece of every gathering.

“It didn’t matter what was going on, or how much money we had (or didn’t have), we always had a great meal,” Vinny explains.

“My mom and grandmother always made meals from scratch. I started learning to cook at age 5 from my grandmother.”

Chef Vinny has had some big culinary successes, first as co-owner of Taste Global Cuisine in San Juan, Puerto Rico.

The restaurant was written about in the 105 Best New Restaurants in Conde Nast Traveler Magazine.

In addition, Chef Vinny was featured with HGTV’s Anne Rue (Design Star Season 8) in an event in Miami while chef at Cascata Grill at Turnberry Isle, a private beach resort.

At Uptown Scratch Kitchen, Vinny creates what he calls “kicked up street food.”

“It’s basically upscale bistro food to go,” he explains. “It’s always been a dream of mine.”

Hours are noon to 8 p.m. Monday through Thursday, and noon to 11 p.m. Friday and Saturday. Chef Vinny and Christina saw a need in St. Augustine for quality late night food on the weekends. They also encourage downtown businesses to call in orders ahead of time, making it easy to pick up a delicious meal quickly.

“Food is the only art form that involves all your senses. Food can make people smile,” Vinny says. 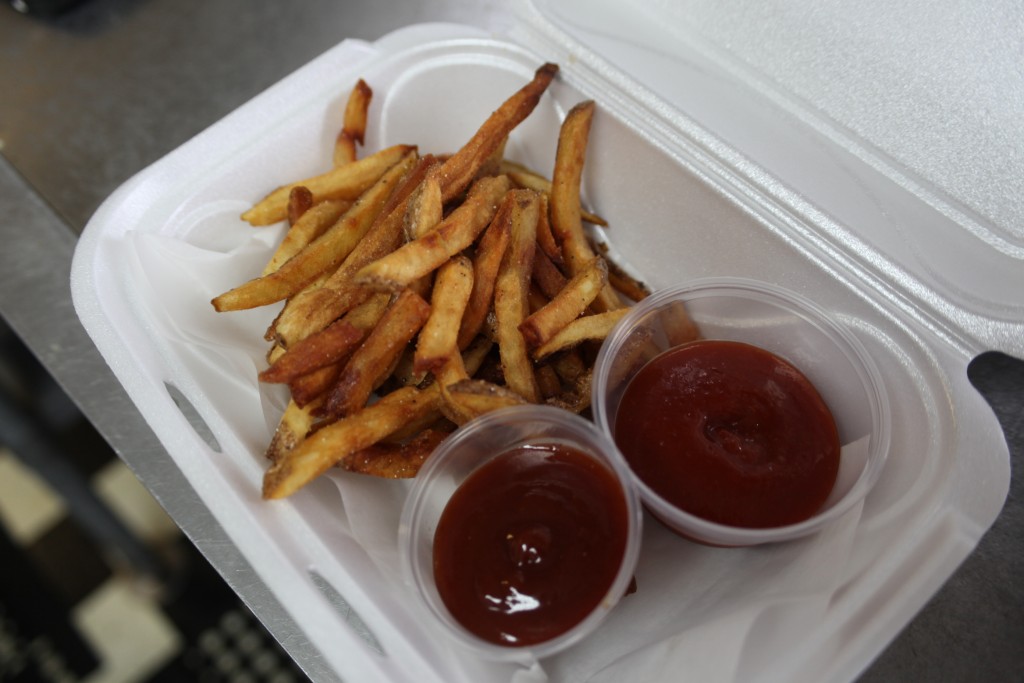