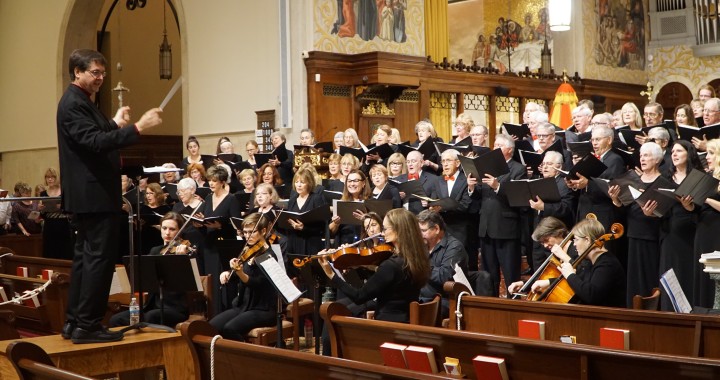 A Christmas Story at Limelight Theatre

December 4-5:  Experience the magic and excitement of the holidays at the 8th Annual St. Augustine Winter Spectacular! Directed by Stephanie Burkhardt, Executive Artistic Director of The Dance Company, this production will kick-off the holiday season in the nation’s oldest city with over 100 live performers. The show features different scenes that comprise a family-friendly, entertaining storyline that follows a young girl’s journey during the holidays with a dance-based storyline including kicklines, ballerinas, tap dancers, acrobats, and musical theatre numbers. This original production will entertain all ages with its talented cast, dazzling costuming, and wide array of eye-catching scenery and quality live entertainment. Performances are in the beautiful Lewis Auditorium at Flagler College amidst the Nights of Lights at 7 p.m. Saturday, December 4; and 2 p.m. Sunday, December 5. Tickets are $15-$30 and can be purchased at staugustinewinterspectacular.com

December 5: The Sanctuary Choir of Ancient City Baptist Church will present the musical Tidings of Joy on at 11 a.m. December 5 during the morning service. Tidings of Joy is a musical created by Joseph M. Martin.  The musical is filled with high-energy celebration songs, warm nostalgic moments, fresh contemporary settings, seasonal favorites, and meaningful worship moments. The work is called a Celtic Christmas Celebration because of the favorite tunes of Ireland, Scotland and Wales used by the composer/arranger.  The 30-voice choir is under the direction of Curtis Powell.  Guest narrator for the program is actress Chelsye P. Ginn. Soloists include vocalists from within the ACBC Sanctuary Choir;   Sharon Haszard and Cindy Pitts, and guest vocalists Jane Mathis and Carrie Thornton. A Celtic consort will accompany the choir. Ancient City Baptist Church is located in downtown St. Augustine on the corner of Sevilla and Carrera Streets.

The Lion King Jr. by Murray Middle at The Amp

December 7: The Lion King Jr. will be on stage Tuesday, December 7 at the St. Augustine Amphitheatre. The field trip show for schools to attend will begin at 10:15 a.m. Please email JoAnn.Nance@stjohns.k12.fl.us to RSVP your school. More details coming soon about the community show at 6:30 p.m. Tuesday, December 7. TICKETS: www.showtix4u.com/event-details/57726

December 11-12: The St. Augustine Community Chorus will perform “We Need a Little Christmas,” featuring familiar tunes, some new musical surprises, and The Messiah by the 80+ voice group. The concert will take place at 7:30 p.m. Saturday, December 11; and 2 p.m. Sunday, December 12 in the Cathedral Basilica of St. Augustine. Tickets are $25 for adults; $12 for ages 11-17; and $5 for active military with ID. Children 10 and younger are admitted free. TICKETS: staugustinecommunitychorus.org

Holiday Pops with The Gainesville Orchestra

December 15: EMMA Concert Association will present the annual Holiday Pops Concert on Wednesday, December 15 with The Gainesville Orchestra performing popular holiday music. Tickets include free parking at the St. Johns County Council on Aging, with a complimentary shuttle to and from the venue. Tickets are available a emmaconcerts.com

Sounds of the Season with the St. Augustine Orchestra

December 15: The 60th Anniversary of the St. Augustine Orchestra, Sounds of the Season features Holiday favorites; Sleigh Ride, Frosty the Snowman, Music from FROZEN, Carol of the Bells, Charlie Brown Christmas, Sleigh Ride, T’was the Night Before Christmas with special guest, narrator Lee Weaver and more. The performance is at 8 p.m. in the Lightner Museum pool area, once known as the world’s largest indoor swimming pool, a truly unique setting for an orchestral event. Entrance on Granada St. Tickets are $27.50 adults; $12 students; Youth 10 and under are free. Tickets: www.staugustineorchestra.com

December 15-16: The St. Augustine Orchestra is celebrating its 60th anniversary this year. Upcoming concerts will take place at December 15-16 at Lightner Museum. Details at staugustineorchestra.com

December 16-19: Apex Theatre Studio presents Frozen Jr. at Ponte Vedra Concert Hall at 7:30 p.m. December 16-17 and 2 p.m. December 18-19. Tickets are available at the St. Augustine Amphitheatre Box Office or ticketmaster.com. Frozen Jr. is based on the 2018 Broadway musical, bringing Elsa, Anna, and the magical land of Arendelle to life onstage. The show features all of the memorable songs from the animated film and five new songs written for the Broadway production. A story of true love and acceptance between sisters, Frozen Jr. expands upon the emotional relationship and journey between Princesses Anna and Elsa. Visit www.apextheatrejax.com or www.pvconcerthall.com

December 31 and January 2: First Coast Opera presents Verdi’s La Traviata in Lewis Auditorium at Flagler College, 14 Granada Street, in downtown St. Augustine. This is the perfect way to ring in the New Year. Tickets and details at firstcoastopera.com