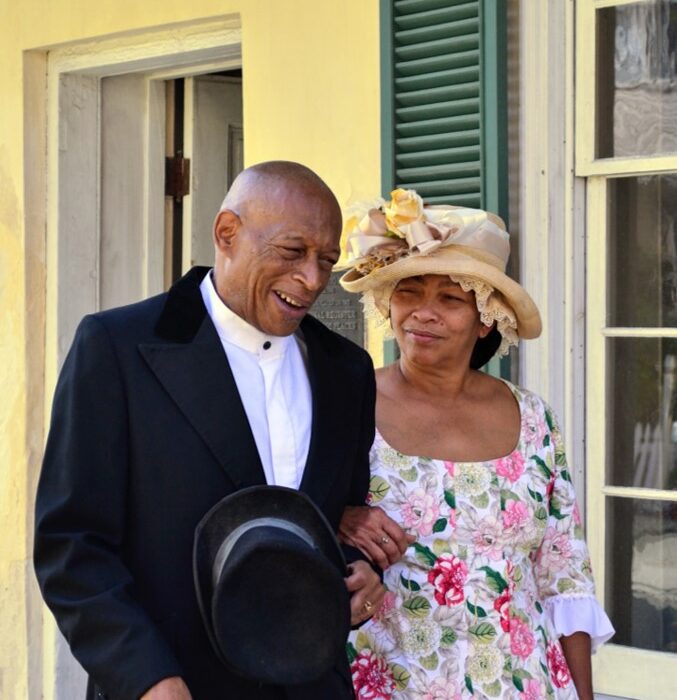 The Ximenez-Fatio House Museum, a long-standing fixture of historic Aviles Street south of the Plaza, will re-launch their “I Lived Here, As Well” specialty tour with a new twist. Tours will run January 19 through February 25. Tickets and details: ximenezfatiohouse.com

At the Ximenez-Fatio House Museum, guests are invited to step into a 225-year-old boarding house and experience, first hand, the stories of the people that lived within it.

The “I Lived Here, As Well” program is a series of interpretive Black History tours in which the ‘tour guides’ are actors who portray several characters from St. Augustine’s past.

Some of these characters are people who we know lived in the house, like Louisa Williams, a previously enslaved woman who was freed by Union troops in St. Augustine in 1862. Other characters were crafted to represent enslaved and freed people who were documented as working in the house, but whose names were never recorded.

The museum’s latest installment of the series combines the 2022 and 2021 programs into a single performance entitled: “I Lived Here, As Well – Together”. In the past two years, the series has presented, individually, the perspective of a male enslaved person and a female enslaved person, but never together.

In the 2023 edition, guests will be joined by two actors portraying each viewpoint to witness the harsh conditions of slavery, and life after. The program will include stories and accounts not heard during the traditional museum tour, along with full access to the house museum’s three floors of exhibition space.

“I Lived Here, As Well – Together” will run at 10 a.m. Thursday, Friday, and Saturday mornings from January 19 through February 25.

The tour is open to the public, led by costumed historical actors, and lasts approximately 60 minutes. Admission is $22 per person. Tickets must be purchased in advance and are available at www.ximenezfatiohouse.org/ILHAW.

The Ximenez-Fatio House Museum has stood on Aviles Street for 225 years and has been owned by the National Society of the Colonial Dames of America in the State of Florida (NSCDA-FL) since 1939. The entire staff are excited to continue the legacy of the NSCDA-FL and expand museum offerings to the wider community.

“I Lived Here, As Well – Together” is proudly presented by the Ximenez-Fatio House Museum with generous support from the St. Johns Cultural Council and the Tourist Development Council

PHOTOS: Violent Femmes and Echo and the Bunnymen

Echo and the Bunnymen Photos of Echo and the Funnymen at the St. Augustine Amphitheatre on Saturday, July 21. Scroll down for photos of…