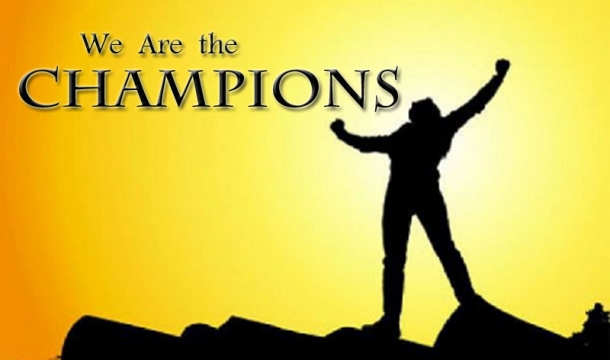 We are the champions, once again

Local media finally reported some news I heard several weeks ago but delayed writing about. And the news is St. Johns County is once again number one.

We already knew weâ€™re at or near the top when it comes to our schools, beaches, history and fitness as a tourist destination. And now you can add health to the list.

The data is listed in a report published by the Robert Johnson Wood Foundation.

At the risk of losing readers by citing statistics I nonetheless thought it might be interesting to look at some of the measurements that brought us such lofty rankings.

Only 12 percent of our county population self reported themselves as being in fair or poor health while the average across Florida is 16 percent.
A

bout 14 percent of adults in St. Johns County smoke while 18 percent of adult Floridians do the same. Obesity (BMI of 30 or above) is slightly less a problem for county residents with 23 percent bulky enough to qualify while 26 percent of all Floridians tipping the scales to make the cut.

We also exercise more than the average Floridian with only 17 percent of county adults admitting to a non-exercise regimen while 23 percent of adult Floridians embrace that lifestyle.

Only 15 percent of our population is without health insurance, compared to 23 percent of all Floridians. And our percentages for diabetic monitoring and mammography screening are better than the statewide average.
About 85 percent of county adults have graduated high school (75 percent statewide) and 76 percent of us have attended some college (60 percent statewide).

Itâ€™s a little less clear why St. Johns County ranked all the way down the list at 41 for physical environment but it looks like it might be cause there are not a lot of differences from county to county.

We had slightly more air pollution and slightly less drinking water violations and severe housing than the statewide average. Apparently we are also less likely to carpool than the average Floridian.
How did our neighboring counties fare? Duval County came in at 43 (out of 67) with its best showing at 14 for clinical care.

Clay County was ranked 11 with highest marks for social and economic factors where it garnered a sixth-place finish.

Putnam County limped in at 65 and had its best marks with a 38 ranking for physical environment.
Flagler County finished in 22nd place with a respectable 10 place showing for clinical care.

Usually you take ratings for places to live with a grain of salt because most are popularity contests with non-scientific measurement methods. But these ratings seem to be more authentic and based on data that is quantifiable.

No matter how you look at it thereâ€™s little doubt that we live in a pretty special place. And the good news (and bad news) is that others are finally becoming aware of how nice our hometown really is.

To see where all Florida counties ranked go to http://www.countyhealthrankings.org/app/florida/2015/rankings
-30-