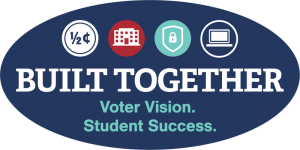 Where your tax pennies are going

In November 2015 I did something for the first time in my life. I cast a ballot in favor of a tax increase.

And thanks to my vote, along with the affirmative vote of more than 60 percent of those who cast ballots in the referendum, we now pay one-half percent more sales tax in St. Johns County.

The tax sunsets in 10 years, which is one of the reasons I penned a Totally St. Augustine column in favor of the referendum. I think that was a first, too.

In February of last year I was appointed as an alternate member on a Citizens Advisory Committee created to advise and monitor county school board decisions on the use of the funds.

For a mix of reasons it was recently decided to invite alternate members to the quarterly advisory committee meetings. I attended my first meeting on June 19.

Near the end of the meeting someone suggested committee members should make an attempt to share among voters how this sales tax money is being spent. Ever the obedient alternate member, I shall now attempt to do so.

Nicole Cubbedge with the school district did a pretty good job of summarizing the tax revenue received and where it was being spent.

The best news I heard was sales tax revenue projected to amount to about $13 million annually was coming in a 37 percent higher rate, or nearly $18 million per year. So just how is it being spent?

To begin with, the School Board decided to get the ball rolling by selling $50 million worth of bonds. So the first year budget was closer to $67.5 million.

Considerably smaller amounts are being used for maintenance, including $670,500 for roof replacements at Hartley and Ketterlinus elementary schools.

Another $858,000 was spent to equip county school buses with 800 MHz radios, an improvement that is invaluable when severe weather or other conditions take out cell phone communication.

The budget for the next fiscal year and subsequent years will be considerably smaller with $5.6 million coming off the top for debt service, leaving only about $13 million for other stuff.

The proposed budget for 2017-18 includes about $6 million for school construction and expansion, $4.2 million for technology upgrades, $1.75 million for maintenance and upgrades, and slightly more than $1 million for enhanced school security.

As an alternate Citizens Advisory Committee member I can report that our tax dollars are seemingly well spent. I also got the sense at the meeting that some feel that this 10-year shot-in-the-arm of perhaps $200 million will not be enough to meet the “needs” of our schools.

Maybe, maybe not. But my suggestion would be to start looking for funding from other sources before we make a case against the sun setting on this tax in 2026.

If I may quote from my October 2015 column on this issue:
“Taxes are cumulative so it’s not persuasive to consistently argue taxpayers can endure small tax increases. How often have you heard proponents of a particular tax increase say it will cost the taxpayer only the price of a weekly cup of coffee? Stop paying attention and pretty soon you will be buying coffee, donuts and the morning newspaper for everyone on your block.”

We may want to let someone else spring for breakfast in 2026.

St. Johns County residents play tourist every September at area attractions, museums and other locations — with discounts offered to locals! Residents should bring a valid ID with St. Johns County address to receive the discounts – a driver’s license or voter registration card.