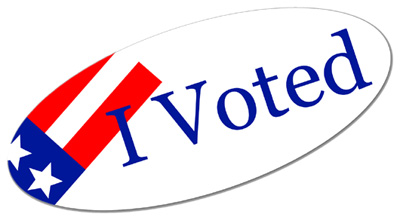 Just finished filling out my absentee ballot. As a registered Republican from Precinct 304, I was able to vote for governor, state senator, two county commissioners, three circuit judges and one school board member.

I wonâ€™t list whom I voted for but I think itâ€™s OK if I share some of my personal demographics.â€¨Six of eight races had incumbents.

I voted for four incumbents and against two others. The last time two of these incumbents were on the ballot, I voted for their unsuccessful opponents. Six races (with a total of 16 candidates) included seven women among the hopefuls.

I voted for five men and one woman.â€¨To my knowledge, I do not think any candidate for whom I voted was ever elected because of my one vote. I feel pretty confident my 42-year streak will not be broken this year. Why then do I vote?â€¨There are two primary (no pun intended) reasons.

First and foremost I believe it is the obligation of all citizens to exercise their proxy at election time. This pays homage to all those who came before us and made sacrifices to ensure that we are able to live in a free society that facilitates taking for granted our right to vote.â€¨The second reason I vote is related to something called â€œthe argument of the beard.â€

I learned about this argument in my freshman logic class at the University of Florida a few years before I was able to legally cast my first vote.â€¨The argument goes like this: If you shave one hair off a beard it will not eliminate the beard.

What difference does one hair make? Shave off another hair. You still have a beard. And another, and another and another.â€¨At some point the beard will be gone even though you are shaving hairs off in â€œinconsequentialâ€ one-hair increments.â€¨Individual hairs have meaning when it comes to beards and individual votes have meaning when it comes to elections. At least thatâ€™s my theory.

This yearâ€™s first primary is scheduled forÂ Aug. 26. Absentee and early voting could mean many races will be decided before Election Day. Yet every vote is important and I urge those who are duly registered (and have a clue whom theyâ€™re voting for) to exercise their civic duty and cast their ballots.

In a future column Iâ€™ll report on how many of those who received my vote finished on top. Iâ€™m predicting six winners, one loser and one making a runoff.

Readers should be warned, however, my voting success and my predicting prowess are historically both wanting.

The Maze at Sykes Family Farms will be open from October 3-25, 2020. Nine acres of a local farm becomes The Maze each year — with…