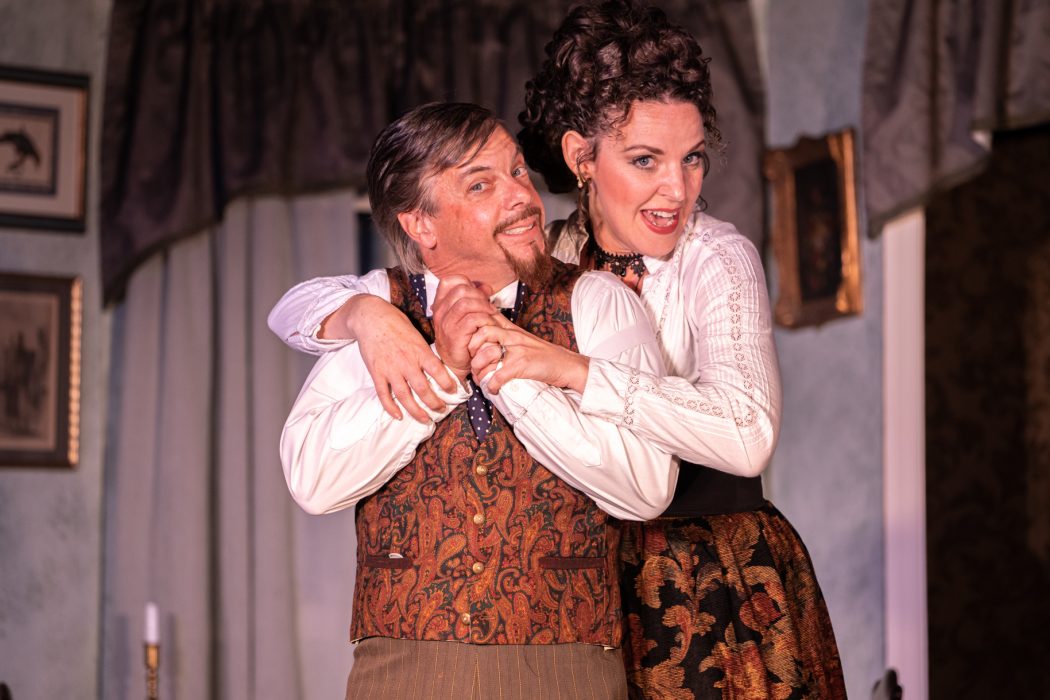 St. Augustine, FL — The enjoyment of food and entertainment has long been an important social ritual. The tradition of the Roman banquet is often described as a feast for the senses, and was an opportunity for a host to impress his guests not just with the bounty of his larder, but with extravagant entertainment.

The second night of the event will take place on Saturday, October 9 at St. Anastasia Catholic Church, 5205 A1A S, St. Augustine. Doors open at 6 p.m. with catered dinner by La Cucina, the performance and general seating. Tickets are $75 per guest. A VIP option includes a pre-show reception at 5:30 p.m., with an artist Meet and Greet, preferred seating, dinner and performance. Tickets are $125 for this special offering. All tickets are available at firstcoastopera.com 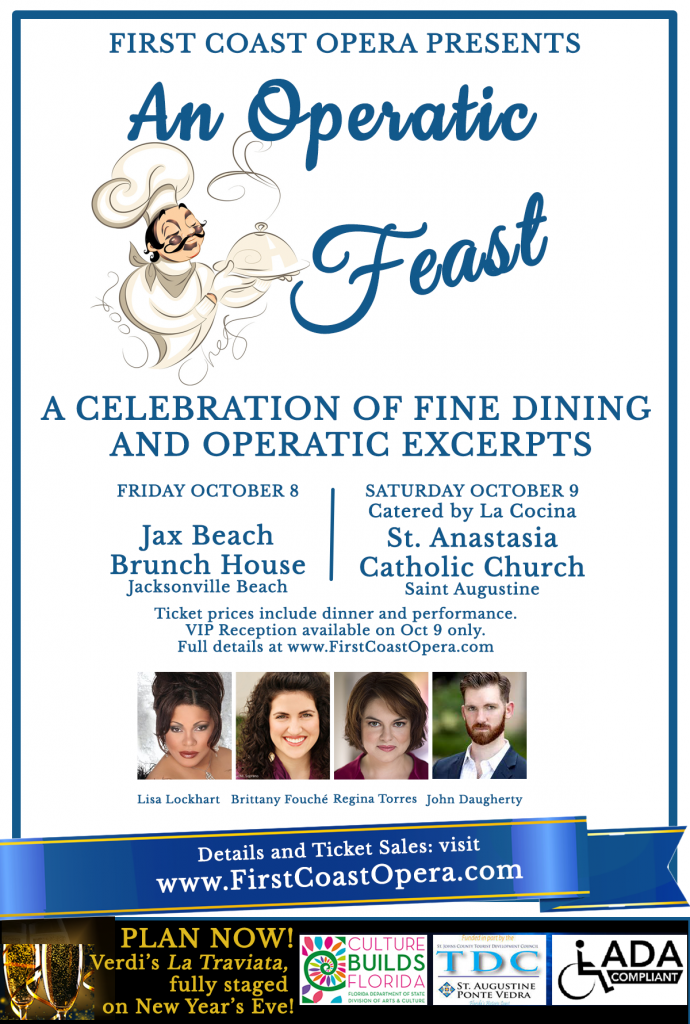 Composers in the 16th century developed works specifically for their wealthy patron’s feasts. In European cities, restaurants and cafes began to provide music in their establishments for their diners. In his “A Tribute To Vienna With The Philharmonics,” Joseph Joachim cheekily wrote, “a more unintellectual, eating and drinking, dancing and music-loving people do not exist than the good people of Vienna. As long as they can eat gebackene Hendel at the Sperl, or dance in the Augarten, and listen to the immortal Strauss as he stamps and fiddles before the best waltz band in Europe.”

Plan now to raise a glass to toast La Traviata on New Year’s Eve in Lewis Auditorium at Flagler College. What better way to ring in the new year than with this classic Verdi masterpiece, fully staged with orchestra? Treat yourself, and consider giving the gift of an experience to someone you know. This opera will be offered again on Sunday, January 2. Details and tickets are available at firstcoastopera.com

The Drama Department at St. Johns County Center for the Arts will stage Twelfth Night at 7 p.m. Feb. 9-11 at St. Augustine High…