St. Augustine, FL â€” 14-year-old St. Augustine singer-songwriters Ella Romaine and Davis Loose will take the stage from 6 to 8 p.m. Sunday, May 29 during Music in the Box at Limelight Theatre.

The two will perform original and cover songs, playing guitar and singing vocals individually, and will come together to collaborate on tunes as well.

They performed together in September 2015 at Gas Full Service Restaurant during St. Augustine’s 450th celebration. 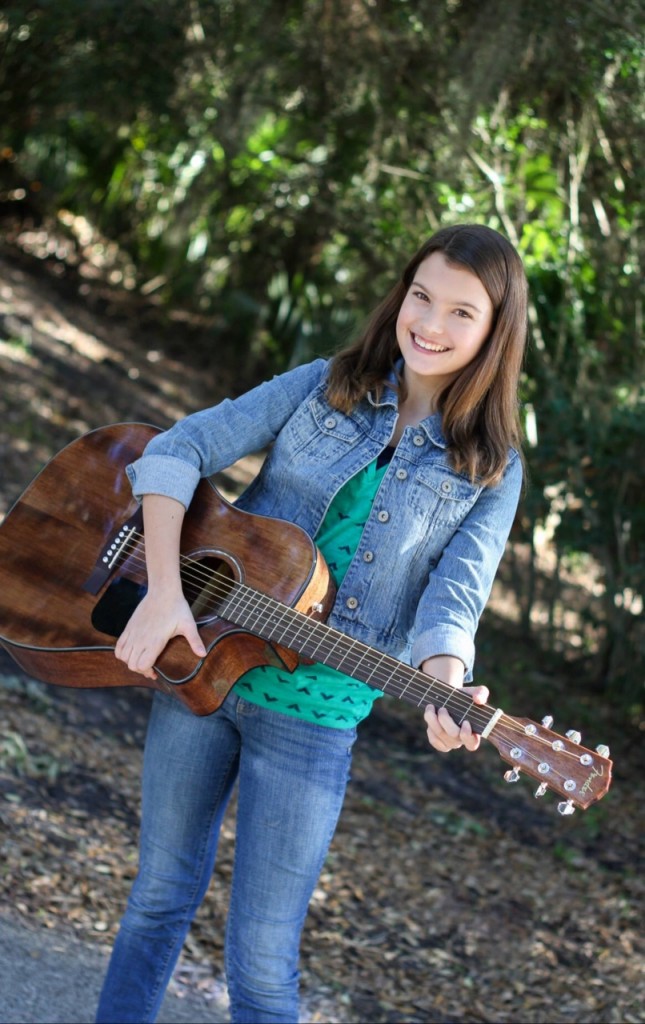 Ella Romaine will perform original and cover tunes on May 29 during Music in the Box at Limelight Theatre. Photo by Madi Mack

Ella began learning to play the guitar at age 12. Her instructor is Frank Schmidt, the chorus and guitar teacher at St. Johns County Center for the Arts at Murray Middle School.

â€œI’m going to be playing multiple covers, mainly popular songs from the radio, and some classics. I’m also going to do some originals as well,â€ she said.

â€œMy original songs are called Dream On, Seize the Day, and Gravity. Gravity is really special to me because my entire middle school chorus preformed it at our end-of-the-year concert. Mr. Schmidt took the song and added 180 back up singers and other band instruments, and just made it really fun.â€

Ella also is a well known St. Augustine actress and many will remember her in performances at the St. Augustine Amphitheatre and at Limelight Theatre.

â€œMy favorite theatre performances have been Hello Dolly, Oliver! and The Grapes of Wrath with the Limelight Theatre,â€ she said.

â€œAlso Annie and The Lion King, Jr. with SJCCA at Murray Middle School (performed at the St. Augustine Amphitheatre), with JoAnn Kirby Nance as director.â€

What is Ellaâ€™s five-year plan? â€œI would like to put my song Gravity on iTunes, which I am working on recording currently in a studio. I would also like to get a scholarship for performing. Also I just want to get through high school,â€ she explained.â€ 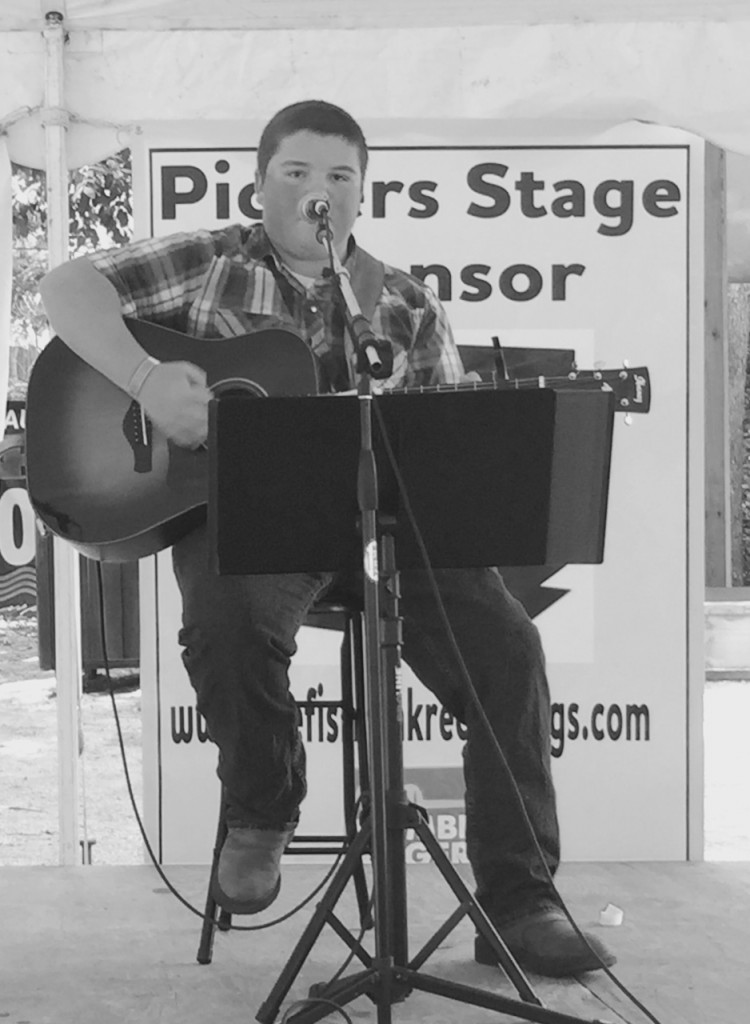 Davis Loose on stage during the Gamble Rogers Music Festival Youth Competition. He will perform May 29 at Music in the Box at Limelight Theatre.

Davis Loose recently performed as a finalist in the Gamble Rogers Music Festival Youth Competition. He began playing guitar and singing when he was in sixth grade, and will begin high school this August.

Davis is currently writing several originals to perform at Limelight Theatre, and is excited to be collaborating with Ella for several songs.

Many will recognize Davis from his volunteer work at the St. Augustine Amphitheatre. He helps backstage with anything that needs to be done â€” from seat placement in the pit to trash pickup!

What is his five-year plan? â€œIâ€™d like to be local singer-songwriter that plays a few shows a week,â€ he said.

Music in the Box at Limelight Theatre is held in the 75-seat Koger-Gamache Studio Theatre, an intimate black box space.

Admission is $5 at the door, which goes to the musicians. Beer, wine, soda, water and snacks are available in the lobby.

Music in The Box at Limelight Theatre

The Drama Department at St. Johns County Center for the Arts will stage Twelfth Night at 7 p.m. Feb. 9-11 at St. Augustine High…